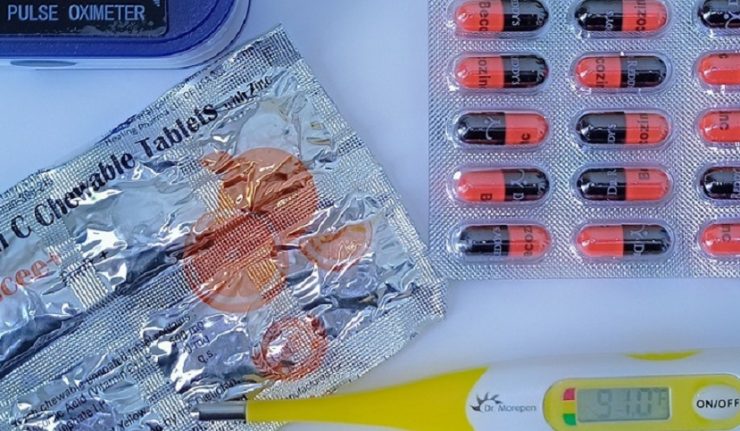 The COVID-19 situation outside is frightening and it has already wreaked havoc. Every other person is running from pillar to post to secure a bed, oxygen, Remdesivir injection, and Fabiflu tablets to save their family members/relatives from the deadly virus. Today, COVID-19 has become a part of our life and it is here to stay for a much longer period than we thought. Keeping a safe distance (2 gaz ki doori), wearing a mask, and maintaining proper hygiene (washing hands) is the only way to keep the virus at bay. However, despite taking all the necessary precautions, I contracted the virus. Fortunately, the wife and brother both tested negative and that was a major relief.

Now, after completing a course of multiple medications, I have tested negative, but the weakness, fatigue, brain fog is far away from over.

After developing a fever and feeling weak in the first week of April, I thought it could be because of a new routine as I had moved to the second shift after doing the morning shift for a couple of months.

Initially, I took paracetamol tablets, but it did not help. Since the fever kept growing with chills and sweat at night, I even doubted it could be Dengue or Malaria fever. Therefore, I visited my regular physician who prescribed some antibiotics and tablets. I continued taking them for three days, but still, my fever was 100.7 F and above. Finally, I decided to get tested for COVID, and the Rapid Antigen Test (RAT) came positive.

Running for a test from one place to another

Getting tested for COVID has also become a task in itself. Before getting tested for RAT, I ended up visiting three civic body centres of Thane Municipal Corporation (TMC), but all of them had at least 250 to 300 people waiting in a queue. Finally, I got tested at Wadia Centre after running around for three hours as there was a much lesser crowd. Due to rising cases, private labs have also been flooded with test samples. Most labs have set a target of taking 250 to 300 samples a day and if you fail to be among them, you may have to wait for another day, unless your samples are collected from home. Beyond that, some labs have been taking 48 hours to give reports, which could delay in starting treatment.

Further to confirm the infection, I wanted to get the RT-PCR test done, but the labs were already overflowing and it would have taken at least a minimum of 48 to 72 hours for the report to come. So my doctor suggested HRCT and it showed infection in the upper right and left lobes with a severity score of 4/25. Since my blood oxygen level was in control, I was asked for home isolation.

Soon after testing for the virus, I was put on a Fabiflu (Fabipiravir) where I had to take 200 mg 9 tablets twice on day 1, followed by four for another seven days. Along with that, I was prescribed Ivercimitin for three days and BecoZinc for 10 days. However, despite taking medicines for the first four days, I continued to have a high fever and body ache. I was also taking Dolo 650 thrice a day, but even it did not help.

Thanks to my lovely neighbours who not only put me in touch with another good doctor but took care like a family member. Since the fever continued to increase, the doctor prescribed some antibiotics, Zinc vitamin capsules, and some other tablets. The fever started decreasing after taking those medicines for two days along with Dolo 650. However, the pain and weakness still remain even after completing the antibiotics course.

Here are certain things that helped me keep calm during my recovery period.

2) During home isolation, even if you feel weak, try to keep your room neat and clean.

3) Maintain a record of body temperature, oxygen saturation levels at the interval of three hours to inform your doctor.

For the accurate SpO2 levels, first, monitor oxygen level and then take a walk inside the room for six minutes and keep checking if the oxygen level is maintained or dropped. This test can be done thrice a day.

4) Eat fruits and healthy food items which are rich in protein.

5) Being in home isolation for such a long period without stepping out of the house or meeting people for 15 days can be stressful. Therefore, speak/chat with your family members, close friends, and colleagues. It helps relax your mind and divert attention from illness. My close friends, neighbors, society members, and the editor were constantly in touch to inquire about my health and well-being and there was a sense of relief whenever I spoke to them.

6) Ensure you get enough sleep. Often, it may become difficult to fall asleep, but proper sleep is most important during the recovery phase.

7) Avoid reading or watching negative news which could be potentially disturbing, especially Twitter where every other feed is about someone’s death, oxygen shortage, people not being able to secure bed, and whatnot.

8) Keep yourself hooked to some good content on OTT platforms, it can help divert your mind.

9) Homemade kadha is soothing and good for cough relief. Keep drinking hot water throughout the day.

10) Take a walk inside your room after lunch and dinner. In between, keep doing some breathing exercise or balloon blowing exercise. 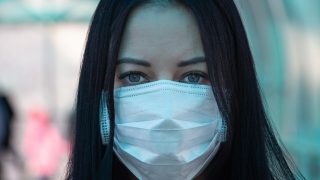 Covid-19 | We are running out of money, don’t have jobs: Several Indians stuck in Ireland seek to return home