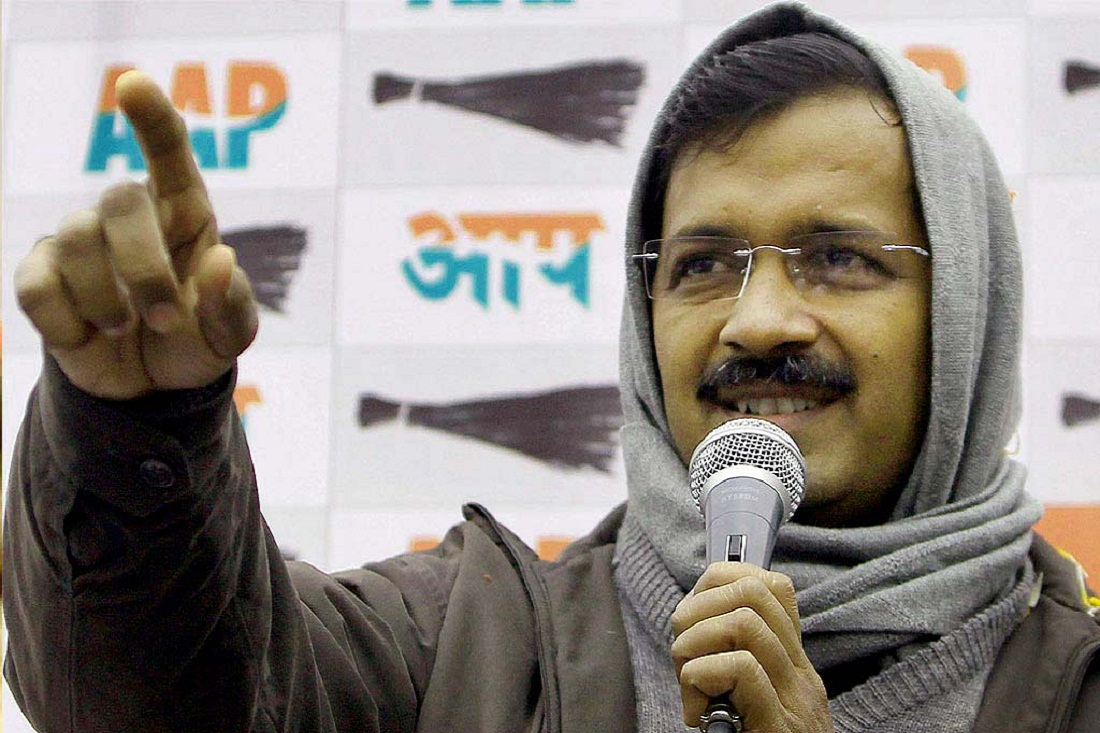 The much awaited results of the Delhi assembly polls are out and the Arvind Kejriwal-led Aam Aadmi Party has swept Delhi in a landslide, following a bitterly fought electoral battle, marked by a high-pitched campaign and much mudslinging. AAP won 67 out of 70 seats, trouncing a powerful BJP, which managed just three seats. Congress fared even worse, winning zero seats. However, the decision by Narendra Modi’s man Friday and BJP chief Amit Shah to rope in Kiran Bedi as the party’s chief ministerial candidate has not gone so well and the BJP failed to gain its foothold in the national capital. Here is why the BJP failed to charm Delhi.

Prime Minister Narendra Modi on Tuesday faced his first state election defeat since sweeping to power last year. During the 2014 Lok Sabha elections, Modi led the Bharatiya Janata Party to India’s biggest election mandate in three decades. This time too, unleashing a slew of promises from 24/7 electricity, portability of electricity services, a corruption-free system to building a house for every slum dweller, Modi tried to pitch the development agenda. However, he failed to woo voters despite his high-pitched campaigns.

Though Modi’s popularity has had a lion’s share in the BJP’s victory so far, it seems like with time, the ‘Modi wave’ is fading away. In the recently held by-polls too, BJP hardly managed to win any seats. In Maharashtra BJP emerged as the largest party, but failed to get a complete mandate despite Modi conducting 25 rallies. Even in Jammu and Kashmir, the BJP could not get complete mandate.

Modi may have been successful in pleasing the international community and Indian diaspora across the world. But at home, it has failed to satisfy the expectations of the people. Somewhere, the Modi wave has also been hit by his own party men who have forgotten the agenda of development and are more interested in engaging in a war-of-words than action.

Though the capital city has little say in national politics, it plays a pivotal role in the perception war. A defeat of BJP in the national Indian capital may harm Narendra Modi’s chances of consolidating power in Parliament.

Former top cop and Team Anna member Kiran Bedi’s entry in politics and then BJP declaring her as the chief ministerial candidate was seen as a master-stroke by political experts, but this gamble by the BJP has not been a fruitful step for the party. Though Bedi gave a face to the BJP in Delhi, the party’s campaign was marked by infighting with party workers frustrated with Bedi’s appointment.

The differences within the party was openly seen when supporters of Delhi BJP unit chief Satish Uphadyay protested in front of the party office for not giving a ticket to their leader. Rather than giving opportunity to existing party workers, the BJP gave tickets to defected entrants like former Congress MP Krishna Tirath, former AAP MLAs Vinod Kumar Binny and MS Dhir.

Meanwhile, Kiran Bedi came out with her own ‘Blue Print’, while BJP brought out a ‘vision document’ before the elections. However, unlike AAP, they did not promise statehood to Delhi. Next to Modi, the BJP was banking only on Bedi’s popularity, but she too failed to woo voters.

Throughout the election campaign, the Congress party, which was decimated to 44 seats in Lok Sabha polls, was nowhere considered in the fight between Aam Aadmi Party and BJP. A major portion of the Congress vote has perhaps shifted to the Aam Aadmi Party.

The exit polls had predicted first place for AAP, second place for the Bharatiya Janata Party while the Congress was placed at a distant third. Compared to the last assembly polls, the number of voters have increased significantly from 11.9 million to 13 million this time.

The increased number of voters and converting the Congress votes in their favour have played a vital role in tipping the scales towards AAP.

Even though AAP chief and chief ministerial candidate Arvind Kejriwal had resigned from his post just 49 days after coming to power in his last stint, voters in Delhi once again reposed faith in Kejriwal following his promise to not repeat the charade this time.

Even when the issue of dubious funding raised by the BJP created a storm, AAP did not run away from it, and insisted on setting-up a Special Investigation Team by the Supreme Court. Also, AAP had been successful in raising issues related to the common man. It also promised to provide free electricity and water.

Interestingly, even in a short period, AAP has been successful in strengthening its base in Delhi. Rather than just relying on social media and television interviews, AAP used a different style of campaigning to reach out to every voter. Through flash mobs, AAP grabbed many eyeballs.

The Delhi election was considered as significant, since a victory for BJP would have increased the party’s confidence ahead of assembly polls in Bihar and West Bengal. A defeat for BJP in the national capital may harm Modi’s chances of consolidating power in other states.

Share this on WhatsApp
Tags:Arvind KejriwalBJPCongressDelhiDelhi Election 2015Kiran BediPolls
previous article
How Narendra Modi’s development agenda may be derailed by his party’s cacophony
next article
All is not well between Shiv Sena-BJP in Maharashtra