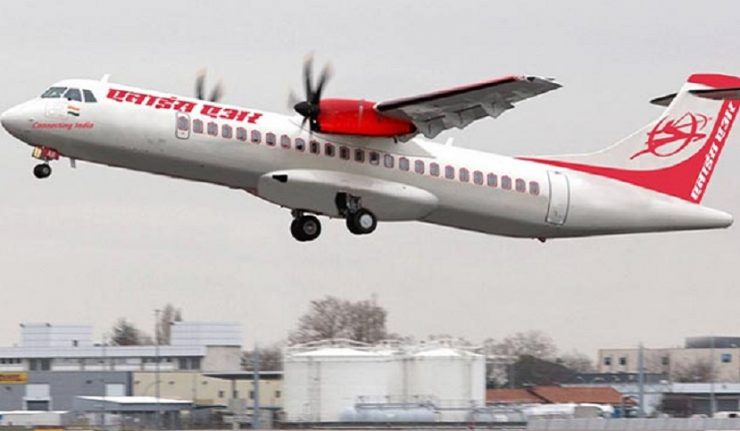 In an alleged incident of discrimination, a 32-year-old differently-abled person was denied boarding the national career Air India’s subsidiary Alliance Air, along with his motorized wheelchair at the last moment.

The incident took place on February 15 when he arrived at Chhatrapati Shivaji Maharaj International Airport to travel to Diu to attend a wedding ceremony of his close friend scheduled for the next day.

Siddharth Mhatre, who works in facility management and is a resident of Dadar, says that the incident not only caused him mental and physical trauma but forced him to make an overnight journey by road.

“The negligence on part of the airlines took place even when tickets were booked a month ago and the travel agent had informed them about his physical condition, wheelchair requirement, and assistance for flight boarding in advance not once, but multiple times,” alleges Mhatre.

Upon reaching the airport along with his friend with whom he was travelling, Mhatre had let his motorised wheelchair get past the security scanner first, but little did he know what would follow soon after.

“I approached the ticketing counter to get airport’s wheelchair after we failed to find Air India’s ‘Help Desk’. The ticketing staff managed to connect him with the airline’s ground staff inside the airport and got the airport’s wheelchair. However, when we reached the check-in counter to get the boarding pass and check-in our luggage, the airline staff at the check-in counter denied him a boarding pass,” says Mhatre.

The passenger also alleged that one of the staff members even asked him to show them if he could ‘stand-up’ on his crutches and walk.

Mhatre’s friend Kevin Karani, who was traveling with him also questioned the staff as to why Mhatre couldn’t board the flight when the travel agent had specifically mentioned at the time of booking the ticket about his disability and requirement. He also made the travel agent speak with the airlines’ ground staff to find a solution.

Later, the ground staff somehow agreed to get Mhatre on-board but not before seeking a ‘declaration letter’ which they got him to sign.

Mhatre says that the declaration letter stated that if anything were to happen to him while boarding the flight, the airline would not be held responsible for the same and they would also immediately off-load him.

However, the problem was far from over when they again proceeded for check-in and boarding pass issuance. The staff denied him permission to travel on his motorised wheelchair and asked to put it with his check-in luggage and demanded charges.

“The airline ground staff demanded Rs 630 per kg extra (Rs 28,350) to get his motorised wheelchair (45kg) on board. We decided we would not pay the amount and asked for a solution, however, the airline staff denied taking any responsibility.”

In this process, Mhatre’s friend who was accompanying him was asked to run and reach the boarding gate and was threatened to be off-loaded from the flight if he did not make it in time.

Speaking to Mirror Online, Mhatre’s father Dr Sanjay demanded action against the discriminatory behavior due to which his son had to undergo severe mental trauma and added that his son is 80 per cent physically challenged and the motorized wheelchair was his extension to have mobility and not a separate piece of luggage.

Following the whole fiasco, Siddharth had to then travel by road for 18 hours to reach the destination to attend an important event which he did not want to miss.

“On humanitarian grounds after requests from passenger and his aide we agreed to accept the passenger. The aide also offered to help the passenger to board the aircraft. As per policy, we do offer a free weight allowance of 15 kgs for a wheelchair which is over and above the free check-in & cabin baggage. However, since the overall weight of the baggage and wheelchair was beyond the free permitted allowance, hence excess baggage amount was requested from the passenger which he did not agree to pay.”

The airline further added that the ATR aircraft is small in size unlike the bigger jets with a capacity of only 70 seats thereby limiting our weight carrying capacity.

“Declaration letter was taken in the best interest of the passenger and safety precautions. We believe that everyone deserves smooth, uncomplicated service and this sorry situation led to the passengers’ alteration of travel plans.”

We convey our deepest regret for any inconvenience caused and our endeavor is always to work towards becoming the most needs-friendly airline as we have displayed in the past and will continue in the future.

Share this on WhatsApp
Tags:Air indiaAlliance airDifferently-abledmotorized wheelchair
previous article
Navi Mumbai: Residents breathing polluted air for 17 hours every day, morning walks could do more harm
next article
Dealing with COVID-19: From getting tested to recovery, here is my experience