A sportswoman who brought many honours for India and her home state of Maharashtra is now running from pillar to post to get a government job.

Dipali Narkhade has won three international medals for the country, having bagged a gold medal in the 84+ raw powerlifting category in the 2011 Commonwealth Powerlifting Championship in London as well as silver medals in the Asian games and Asian Bench Press Championship in Taiwan apart from participating in weight lifting at the national level.

However, the sportswoman says she has not received any help from the state government and is facing a dire financial situation. “Every event I participate in requires a minimum of Rs 1 to 2 lakh and an additional amount to maintain a proper diet. But I cannot participate in any other championship due to insufficient money. My confidence is shattered. I have been left to fend for myself.”

Dipali, who hails from Nimkhed town in Buldhana district in Maharashtra says it was becoming increasingly difficult for her family of five members to make both ends meet with the errant rains constraining her father who is a farmer. “My father had borrowed Rs 7 lakh from the bank to send me to the championships, a debt we have not been able to repay yet. I cannot sustain without employment for too long, so getting a job is very important for me,” she told dna. 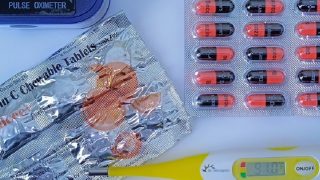