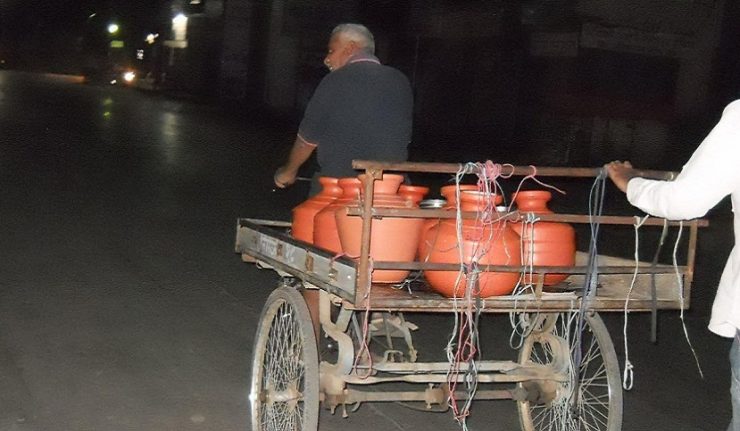 Monsoon is nearly four months away, but water woes in the city of Latur, in Marathwada region of Maharashtra— a place that gave the state two chief ministers—is only becoming grimmer with every passing day.

With the dams going dry and Municipal Corporations disconnecting complete water supply, youngsters and old women alike are forced to hit the streets in Latur at midnight for water. Parked vehicles, handcarts and residents stand in queue for at least 3 hours, waiting their turn to fill empty vessels, highlighting the worsening water situation.

“Things are changing in Latur. The city which would once become quiet by 11 pm is now experiencing nightlife due to water scarcity. Residents are hitting the streets and running from one corner to other in the middle of the night to get a bucket a water,” said Abhishek Bhosle, a journalist from Latur. 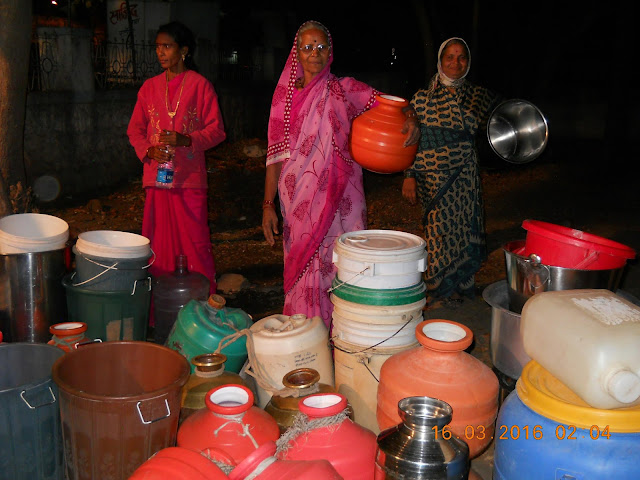 Bhosle who has captured images of people carrying water at midnight, added, “It’s been over a month since the Municipal corporation of Latur discontinued water supply to the city. The Dhanegaon dam which supplies water has reached an end. Water levels in Nagzhari and Sai check dams have also hit a complete low.”

Water levels in the dams of Marathwada region are already down to 6% of capacity. The biggest dam in the region, Jayakwadi, has only 2% water left.

The corporation, which is already facing the ire of citizens, is now transporting water from Makani dam on Terna River. Water is being transported to five major water tanks in the city where residents are barely managing to get their turn at receiving water.

However, getting water from Makani could also become difficult in the next few weeks as people residing in that region are opposed to this supply of water to Latur. 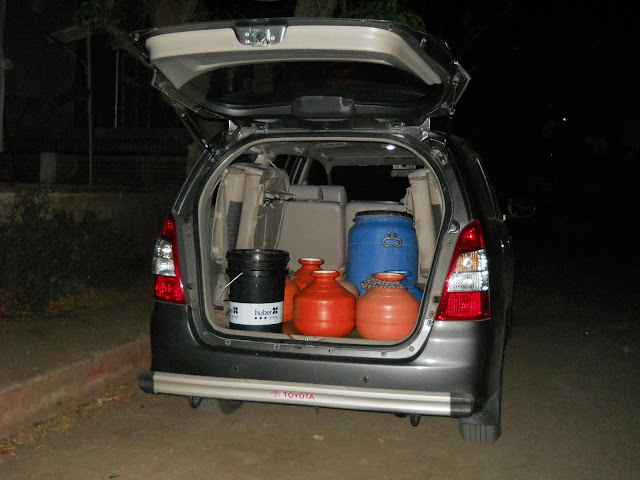 Datta Thore, Bureau chief of Lokmat, said, “Even with 5 lakh population, Latur city doesn’t have its own source of water. The city needs 18 MLD (million litres per day) water. Such water crises arise every 10 years. But this time, the situation is more worrying.”

Thore also said that there is a proposal to transport water from Bharwadi, Terna and Pohre gaon, but they are too far for it be easily implemented.

Even when water has become a scare resource, the corporation has not deployed a single person to guard the water transported from Makani. Moreover, there are no government officers or police for the security of the people, especially women, walking 3-4 miles at night to collect water.

The water situation has also troubled elected representatives. Shaida Mistri, a corporator from the ruling Congress party, has submitted her resignation because people are mobbing her home demanding water. 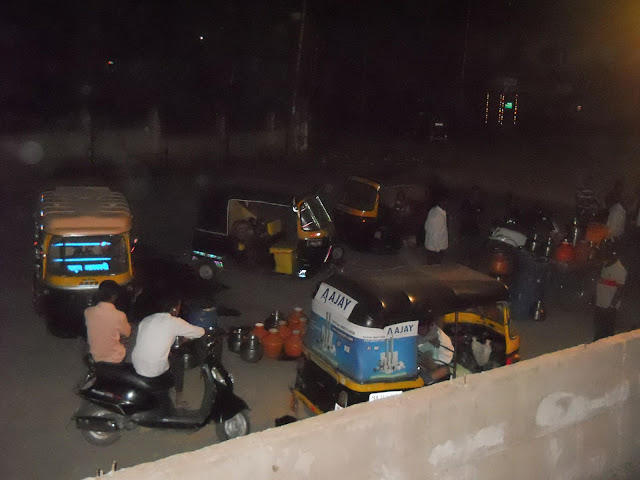 Speaking to dna, Shaida, who represent Ward no.5 in the area, said, “Every day hundreds of people come to my home demanding water. From where will I get water when it is not in the dams? What can I do when seniors and people holding bigger posts can’t do much? I have resigned from my post, but the party has not yet accepted it.” She further added, “Five to six water tankers comes twice in a month and every family get 200 litres of water, but nothing more can be done.”

According to sources, the party has slammed her for running away from the situation and declined to accept her resignation.

To resolve the water crisis of Latur to a certain extent, the government has allocated Rs 37 crore. The previous government too had allocated funds, but no contractor is willing to take on a project at the allocated amount.

Earlier this month, Maharashtra Chief Minister Devendra Fadnavis toured a few drought-hit taluks. His cabinet ministers from BJP and Shiv Sena travelled to drought affected Beed, Latur and Osmanabad districts. After receiving reports from their visit, the CM said, “We are already providing 1799 water tankers as relief measures. If needed, we will provide Rs 15 crore to Latur Municipal Corporation for additional tankers.”

However, no minister except Vishnu Savra visited the city. “Only Savra visited Latur city, but he was here only for five minutes,” said Thore.

Latur district was once known as the political hub of Maharashtra. It has given two chief ministers to this state: Shivajirao Patil Nilangekar and late Vilasrao Deshmukh. But the locals, even people from well-to-do people are now migrating, only because of water.