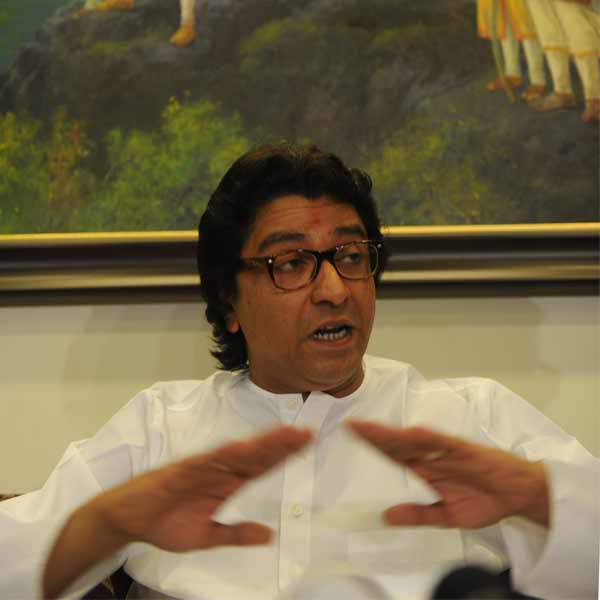 A day after making a scathing attack on Narendra Modi, Maharashtra Navnirman Sena chief Raj Thackeray once again severely criticised him, saying that while Pakistani troops were firing along the international border, the Prime Minister was busy campaigning for the assembly polls.

Addressing a rally in Maharashtra’s Dombivali, Raj Thackeray said, “Pakistani troops are firing on border posts and our jawans are being killed, but our Prime Minister is busy campaigning for the assembly elections. Today, on the occasion of Eid, we sent sweets to Pakistan and in return they are sending us bombs. What was happening during the UPA regime, is happening even today. Are these acche din?” he questioned.

He further stated that Narendra Modi would be the first Prime Minister campaigning for all elections. “By stating that he would have had not come if Gopinath Munde was alive, Modi has shown what he thinks is the value of BJP leaders in Maharashtra. Tomorrow, Modi may also come to campaign for the municipal corporation and council elections,” he said.

Sharpening his attack on the BJP, he further added, “BJP is a national party, but their situation is such that they don’t have a candidate of their own in Maharashtra. Many of their candidates are those who were earlier in the Congress, NCP, Sena or MNS. The BJP has given a ticket to Congress leaders, against whom BJP leader Eknath Khadse had leveled corruption charges in the Legislative Assembly. Modi is coming to the state not to campaign for BJP candidates, but for former Congress-NCP leaders,” he said.

“By breaking their alliances 48 hours before filing nominations, political parties have made a fool of the people. Everything was pre-decided. When just two days were left to file forms, how did all four parties (Congress,NCP,Sena,BJP) immediately get 288 candidates to field? Tomorrow if Sharad Pawar becomes a minister in Modi’s government, don’t be surprised,” he said.

Also criticising the Shiv Sena he said, “On the one hand the BJP-Sena broke the alliance in the state, but by keeping it intact in BMC and the Centre, the Sena is confusing people.”

He also slammed the media saying, “When my blueprint was not ready, the media kept asking me where my vision document was. But after I released it, no one asks about its contents, or why it took me so much time. Today, no journalist wants to study it, because they didn’t have an interest in my blueprint, they were only interested in criticising me.”

Urging people to vote for the MNS, Raj criticised the Congress-NCP over their advertisements. He also slammed the BJP for portraying Maharashtra in a bad limelight in their ads titled ”Arey Kuthe Nehun Thevlay Maharashtra Mazha’ (Where have you taken my Maharashtra)”