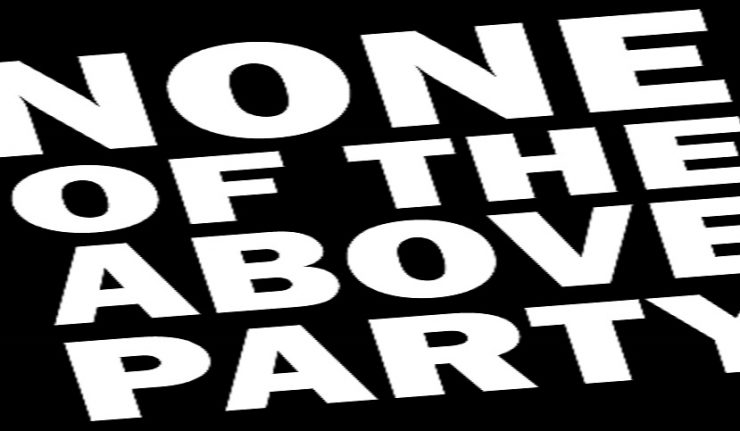 Though NOTA or ‘none of the above’ option has not played a spoilsport in the Maharashtra assembly elections, nearly 5 lakh NOTA votes were polled in the state, where the ruling BJP-Shiv Sena swept the Lok Sabha elections winning 41 seats in the state.

Of the 48 Lok Sabha seats, the BJP won 23, while its ally Shiv Sena bagged 18 seats. NCP bagged 4 seats, whereas Congress, VBA-ally AIMIM candidate and one more independent won one seat each.

As many as 4,88,766 voters chose the NOTA option. That translates into 0.90 per cent voters who opted for NOTA out of the total votes polled in the state.

The highest number of voters who opted for NOTA was in Palghar with 29,463 NOTA votes. Out of the total 12,01,941 votes, it accounted for 2.45 percent of all polled votes, followed by the Naxal-affected Gadchiroli-Chimur with 24,418 opting for NOTA accounting for 2.15 per cent of the total votes.

In Mumbai too, more than 82,000 voters exercised the NOTA option in all six constituencies. The highest number of NOTA votes in the city — 18,185 — was cast in the Mumbai North West constituency, where Shiv Sena’s Gajanan Kirtikar defeated Congress’ Sanjay Nirupam, followed by 15,000 in Mumbai South, where Arvind Sawant defeated Milind Deora.

The NOTA option is opted when voters don’t want to vote any of the contesting candidates.

In the prestigious election, two former chief ministers – Sushilkumar Shinde and Ashok Chavan tasted defeat, while the Congress bagged just one seat, down from its tally of two it won in 2014.