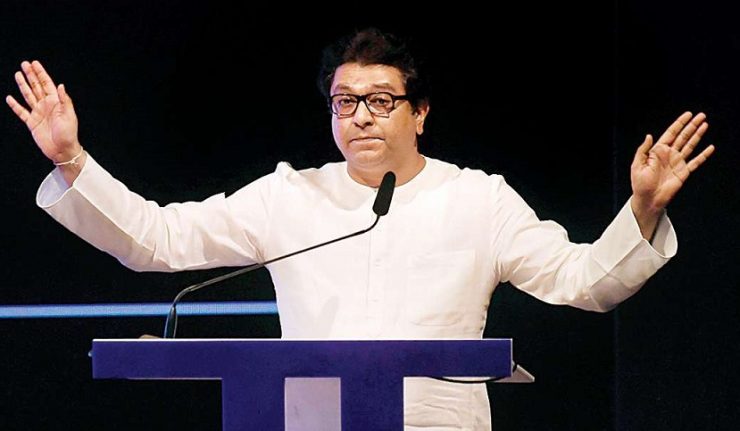 Each vote counts, and the Congress-NCP combine is leaving no stone unturned to repeat their 2009 feat of winning all six Lok Sabha seats in Mumbai. But this time they are also hoping that the support of Raj-Thackeray led-Maharashtra Navnirman Sena (MNS) works in their favour.

Raj Thackeray has already started a blistering campaign against Prime Minister Narendra Modi and the BJP. His rallies are well turned out and he’s using audio-visual aids to drive the point home. It has given hope to the alliance candidates in the city who are pitted against the BJP-Shiv Sena combine. His methods of ‘exposing’ the central government through rallies have already become a talking point among voters. In fact, in a veiled attack on Shiv Sena, Raj has also asked people to desist from voting for those who help Modi-Shah stay in power.

However, the emergence of an alliance between Prakash Ambedkar’s Vanchit Bahujan Aghadi (VBA) and Assaddudin Owaisi’s All India Majlis-e-Ittehadul Muslimeen (AIMIM), which is contesting all seats, cannot be negleted. Dalits and Muslims form a sizable chunk of voters in the state and the alliance poses a serious threat to both BJP-Shiv Sena and Congress-NCP is some of the 17 seats including six in Mumbai which will go to the polls on April 29.

In 2014, MNS chief’s tactical move to field three candidates against the Shiv Sena on the one hand and extending support to Narendra Modi did not work in its favour as it garnered only 1.47 per cent of all polled votes, but it did dent the Congress’ prospects by dividing Marathi votes amidst anger against Congress over the issue of corruption.

Mumbai: Each vote counts, and the Congress-NCP combine is leaving no stone unturned to repeat their 2009 feat of winning all six Lok Sabha seats in Mumbai. But this time they are also hoping that the support of Raj-Thackeray led-Maharashtra Navnirman Sena (MNS) works in their favour.

In the last election, three seats were won by the BJP, while three went to the Sena. Sena’s Rahul Shewale won against Congress candidate Eknath Gaikwad by 1.38 lakh votes, whereas, MNS candidate stood third with 84,773 votes with 10.87 per cent vote share in the constituency.

Not only in Mumbai, the MNS also played a crucial role in dividing votes in nearby Pune, Thane, Maval, Kalyan and Nashik regions and stood third on all the seats .

Today, Raj is not only receiving tremendous response to his rallies, but he is being admired by political leaders for his oratory. Some Congress- NCP leaders have also said they want the MNS chief to campaign for them.

In 2014, Raj Thackeray was showering praise on Narendra Modi. His party cleverly contested from only those seats in Mumbai where the Shiv Sena had put up its candidate. This time around, Raj is singing a different tune, tearing into the policies of the Central government and even openly criticising the Prime Minister. The MNS, in its many rallies across the state, has been careful not to ask for votes in the name of any one candidate or party but has actively sought to dissuade voters from voting for the BJP and the PM’s policies, which Raj Thackeray has called divisive and confusing.

In Mumbai, though the Congress party is battling internal conflicts, the new Mumbai Congress chief Milind Deora is fighting a prestige battle where anti-incumbency is a factor against sitting MP Arvind Sawant that could possibly improve his prospects.

The fourth phase polling for in 17 seats including Mumbai, Thane, Palghar, Pune and Nashik will be held on April 29.

The fourth phase polling for in 17 seats including Mumbai, Thane, Palghar, Pune and Nashik will be held on April 29.