In the last six months of being in power, the Narendra Modi government has raised the hopes of people with several promises of good governance. The Prime Minister has been seemingly successful in galvanising international relations as well as the Indian diaspora with his stated ambition to set India on a path of rapid development. But it looks like BJP ministers like Sadhvi Niranjan Jyoti and MPs like Sakshi Maharaj have forgotten this agenda and are more interested in expressing their own version of ‘Mann Ki Baat’.

During the tenure of the UPA-II government, the then Opposition – BJP had left no opportunity

y to disturb the proceedings of both the Houses of Parliament. In the winter session last year, the Lok Sabha worked for only six per cent (four-and-a-half hours) of the scheduled time and the Rajya Sabha just 19 per cent (11.24 hours). Today, the Congress and other Opposition parties are leaving no stones unturned to target the BJP government and stall the Parliament from functioning smoothly.

When Union Minister of food processing and industries Sadhvi Niranjan Jyoti reportedly said, “The people of Delhi have to decide if they want a government of Ramzaadon (descendants of Ram) or haramzaadon (those who are illegitimately born)”, her statement not only brought embarrassment to the ruling government, but also wasted six days of the winter session of the Parliament, especially in the Rajya Sabha. The first week of the session was completely washed out following a logjam on the demand to sack the minister, which could have been utilised for discussions on many important pending bills. Though the Prime Minister strongly disapproved of the minister’s controversial remarks, there was no action taken against her.

Meanwhile, at a time when pressing issues of international concern still remain unresolved, External Affairs Minister Sushma Swaraj was recently quoted as saying that the Bhagavad Gita should be declared as the ‘national book’. With due respect to the holy book, when India is termed as a sovereign, socialist, secular, democratic republic in the Constitution do we really need any another national book? But the government merely sprang to Swaraj’s defence saying, the Gita is not a ‘dharma granth’ (religious scripture) but a ‘karma granth’ (book on individual’s actions).

Even after the Prime Minister’s appeal to his ministers to not cross the line, BJP MP Sakshi Maharaj raked up another storm by terming Mahatma Gandhi’s killer Nathuram Godse a patriot, sparking outrage following which he was forced to retract the statement. But this is not the first time that the BJP MP has made a controversial statement. Earlier in September, Sakshi Maharaj had alleged that “education of terrorism” is being given in madrasas and students were not being taught about nationalism in religious schools.

Then, in the run up to the Lok Sabha elections this year, BJP leader Giriraj Singh made controversial statements suggesting that Muslims unhappy with Narendra Modi should go to Pakistan. However, the Prime Minister rewarded him with a ministry portfolio, making the government susceptible to criticism.

More importantly, instead of taking stringent steps against the recent instance of alleged mass conversion in Agra, the BJP government rejected allegations against its mother organisation RSS and accused opposition parties of spreading “misinformation” to tar the image of the Sangh Parivaar.

Prime Minister Narendra Modi has been maintaining a staunch silence on most of these controversial issues that have brought embarrassment to not only the BJP, but also the nation. It’s high time Modi reminds his ministers about the agenda of development on which he fought and won the unprecedented mandate of the people, before they lose their faith in him and his intentions. 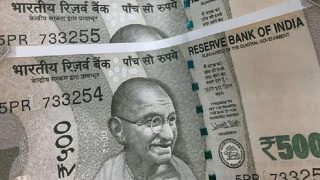