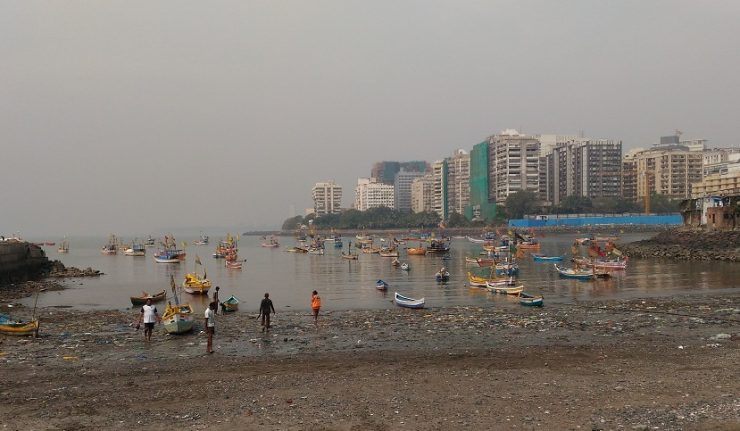 Elections to 10 municipal corporations, including the cash-rich Brihanmumbai Municipal Corporation (BMC), 25 zilla parishads and 283 panchayat samitis are scheduled to take place on February 21.

“We (fishing community) have decided to not vote for the BJP candidates in the upcoming municipal corporation elections. PM Modi and CM Devendra Fadnavis have insulted bhumiputra. Around Rs 25 crore were spent only on Bhumipujan. We will not let the memorial built in the sea. We will vote only for OBC candidates,” AMMKS President, Damodar Tandel told dnaindia.com.

Tandel also added that to take their issue up to a greater level, they would be forming a political party. “The OBC community has come together and we will launch our party – BOSS (Bahujan OBC Sangarsh Sena) on January 26,” he said.

Stating that fishermen were not against building the memorial, Tandel said the area chosen was the main spot where breeding took place as there was no other place left in the area.

“Several fish prefer this habitat (rocky area) and breed here. Nearly 40 types of crabs, shell fish, marine animals exist in the same area, if that area is used to build memorial, all these species will be lost forever. Mangroves provide breeding and feeding grounds for fish, but there are no mangroves left too.”

Tandel also showed pictures taken by Pradip Patade, a marine conservationist and one of the petitioners, to prove his point. These pictures were taken about three-four years ago. The 192-metre tall Shivaji statue has been planned around 1.5 km from Raj Bhavan and 3.5 km into the Arabian Sea.

Dr Rishikesh Dalvi, a marine biologist and assistant professor, department of zoology, Maharshi Dayanand College said, “From what I understand, the coastline is already polluted. We have lost so many good areas for marine life. There was huge bio-diversity, which has been reported along Mumbai coast including, Dadar, Bandra coast. The memorial may generate revenue through tourism, but it will also have adversity on fisheries and fishermen living in Badhwar park.”

“Young fish come to shallow water, generally near mangrove roots where they can hide. It will drastically affect fishing community. During monsoon, even tourists may not be able to go to the memorial. Once the fishing season starts August onwards, fishermen will lay the net, but if a ferry goes over it, it will break and cause losses,” Dalvi added.

Maintaining his stand that the memorial should come up at a Band Stand, he adds, “We will be pushing for all memorials, including Shivaji’s, to be built at Mumbai Race Course.

Further raising the issue of budget allocation, Tandel said, the estimated cost for the memorial had gone up to Rs 3,600 crore but where will the government bring the money from?

[pullquote] In reality, the state has made a budgetary provision of only Rs 170 crore. The estimated cost is increasing with every passing year. In another few years, it may go up to Rs 10,000 crore. Where will the government bring the money from? – Damodar Tandel President, AMMKS[/pullquote]

When asked about government’s claim to create jobs around the memorial and providing loans to the fishermen to buy boats that will be used by the tourists, Tandel said, “There are 1500 large boats and 450 small boats along the stretch and survival of over 25,000 people living in the surrounding depends on it. Will all the 450 boats be used to ferry tourists? It will require only five or ten boats, but what about remaining boats? What will we do with them.”

How can we call it No objection Certificate (NoC)?

Showing various letters sent by the former Police Commissioner, the Ministry of Environment and Forests (MoEF) and the Navy in 2015, seeking for conditions to be fulfilled before taking the project forward, Tandel asked could the NOC be considered when the issues were not deliberated.

In 2015, the then Police Commissioner Rakesh Maria had written to the Chief Engineer of the state PWD department regarding a NoC, and had stated that the area was vulnerable for terror activities. Maria had stated that the NoC was being given on the condition that the issues mentioned in the letter would be discussed and the committee of various organisations (Traffic, Security, disaster management, coastguard, Fire brigade, government hospitals) would be constituted and processes would start only after taking their views.