Maharashtra Chief Minister Uddhav Thackeray on Monday launched a scathing attack on the Narendra Modi government at the Centre and told Chief Ministers from other parties that they should decide whether they have to fight or be afraid.

Uddhav Thackeray made the remarks while speaking at a video conference chaired by Congress leader Sonia Gandhi over GST dues of states, JEE Main, NEET exams.

Chief Ministers of Congress-ruled states and their counterparts of West Bengal, Maharashtra and Jharkhand participated in the meeting.

During the meeting, Mamata Banerjee also praised Thackeray for fighting ‘bravely’, to which Uddhav replied that he is the ‘fighter son’ of a fighter father.

Stating that he believes in ‘Satyamev Jayate and not Satta Mev Jayate’, Thackeray said, “First we have to decide whether we have to fight or be fearful. Otherwise, we will keep meeting and discussions will keep on happening. If we have to fight, then we have to do it at any cost.
Thackeray also said that GST dues from the Centre are increasing day by day and states have not received them since the month of April. “The amount that should come from the Centre is increasing, but we haven’t received them. We have written to the government, but sometimes we get a response, sometimes we don’t.”

Slamming the Centre, Thackeray said that it’s not that they are in Opposition or they think bad about another party (BJP or Centre), but even they are representatives of the common man. “Even we have some rights. Today, what is happening is that power is consolidated in one hand. Then what’s the use of the state government? Will there be a situation where only one person will run the country? This will not happen. Where is the scope for democracy if we are not going to follow the constitution and the federal structure?”

Thackeray also suggested that there could be a rethink on the GST structure and some changes could be considered or a middle path be found in between old and new structure.

Speaking about the exams, the chief minister reiterated his stand. He said that the state government has already taken the decision about the aggregate marks, but never said that it will not conduct the exam. “The COVID-19 is spreading much more compared to June when we were not ready to conduct the exam, how can we be ready now (when numbers are rising)? We don’t want to play with the future of students. Whenever possible, we will conduct exams where a student who wishes to appear can take the exam.”

He also asked what should one do if the situation like the United States arises where thousands of students were infected after schools reopened. “We have focused on continuing with learning instead of insisting on re-opening of schools. We will throw open access to education via e-learning”

Thackeray also added that they are slowly unlocking everything because they don’t want to go back into a lockdown.

The Chief Minister mentioned that Aaditya Thackeray has also written a letter to the Prime Minister with a suggestion to consider pushing the start of the academic year to January 2021.

Meanwhile, Thackeray alleged that the PPE kits and ventilators which were coming from the Centre too are going to be stopped.

“We should go to the Centre with a program. We are not begging to the Centre, but asking for our own rights. It is the right of our people. The same people have voted in the Prime Minister and our governments as well. But if we do it’s a sin (paap) but when they do it, it’s sacred (punya). No one can silence the voice of the people and if someone tries to do so, we should raise our voice.”

Thackeray also seconded Mamata Banerjee’s view about the opposition leaders meeting not only when a crisis arises but not under normal circumstances.

Sonia Gandhi also hit out at the Centre and said that refusal to pay Goods and Services Tax (GST) compensation to States is nothing short of betrayal on the part of the Narendra Modi government. 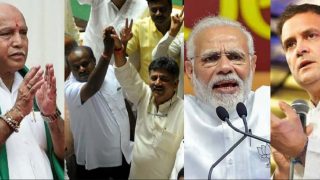 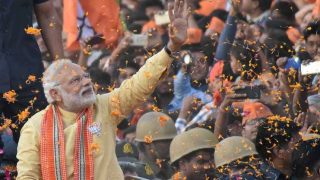