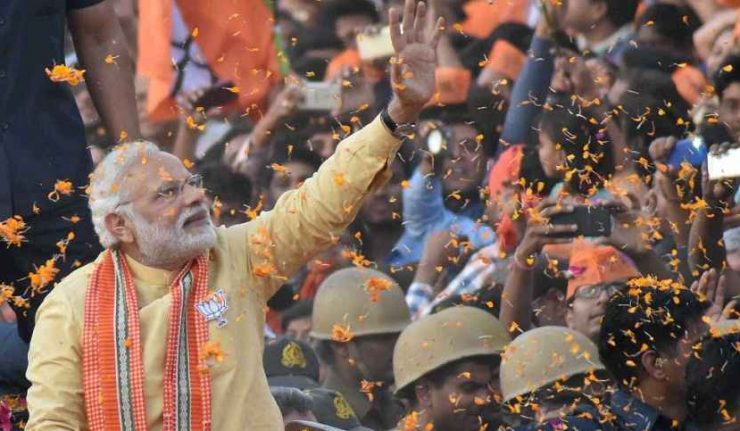 The Opposition parties have plenty of soul searching to do if they plan to be relevant in the near future.

At least 100 people died due to various hardships, while many failed to meet their basic needs over the course of six months after Prime Minister Narendra Modi sent the nation into a tizzy announcing his demonetization move on November 8, 2016. This was enough impetus for Opposition parties across the nation to attack the Modi government vehemently with the hope to stop BJP’s surge. Political pundits and policy experts went overboard and predicted it as the beginning of the end of the Modi wave. Few would have predicted back then that the widely criticised move will only turn in favour of the saffron party, leaving the Opposition red-faced in the end.

After getting rid of the Congress-led UPA government in 2014, Modi had promised that ‘good days are coming’, and the Prime Minister’s words have indeed proved true for himself and his party. In 2014, people voted for the Modi-led Bhartiya Janata Party (BJP) because they wanted an alternative. Now, they are voting for BJP, because they have no other credible alternative.

Where does the Opposition stand right now? Well, nowhere, would certainly be the apt answer at present.

It isn’t all smooth sailing for the Modi government, which is facing tough challenges over unemployment, incidents of violence in the name of ‘cow protection’, unrest in the Kashmir valley, attacks on Dalits, farmer suicides, uneasy relations with China and breakdown of diplomatic parleys with Pakistan, Yet, there is currently no single worthy competitor who can take on the political might of PM Modi.

In the last three years, BJP saw itself growing leaps and bounds in the Panchayat, Municipal and assembly elections. On the other hand, the grand-old party has lost power in states like Maharashtra, Jammu and Kashmir, Assam, Haryana, Jharkhand, Manipur and Goa. By losing out on Uttarakhand, Congress even failed to preserve one of its few strongholds in the North where the margin of victory or defeat between the two parties also widened from 2% to 13%.

With Sonia Gandhi’s health concerns, Congress has mulled about the elevation of Rahul Gandhi as party chief for a long time. However, many party leaders especially the old guards are reluctant to work with the Gandhi scion and blame his leadership (or lack of it) behind the party’s rout in successive elections.

Meanwhile, rebellion and infighting within the Congress has been out in the open. In Assam, the most powerful Congress leader Himanta Biswa Sarma crossed over to the BJP, thanks to Rahul Gandhi’s lackadaisical attitude. In Uttarakhand, 11 Congress MLAs defected to BJP, and in Uttar Pradesh senior party leader Rita Bahuguna Joshi joined the BJP and even got elected to the Assembly. Then in Goa, upset with the central party leadership, Vishwajeet Rane quit the party after it failed to form the government. Recently, Congress leader Shankarsinh Vaghela ‘unfollowed’ Rahul Gandhi on Twitter, triggering speculations that he may join the rival BJP.

Congress on May 16th, fielded its youth brigade to attack the Modi government on multiple counts. However, with no big scam allegations to needle the ruling regime, the Congress gen-next lacked the punch in their salvo against NDA.

Some of the upcoming elections are in states like Gujarat, Himachal Pradesh, Tripura, Madhya Pradesh and Rajasthan. It’s not like Congress doesn’t have able leaders in these states. But it has forgotten the art of ‘selling’ its message, of how to brand the core narrative and reach out to people.

The Modi wave which seemed to have waned after 18 months in power with the debacle in Delhi and Bihar assembly elections, is back again with fresh vigour since November 2016. The BJP swept the Chandigarh Municipal polls just 20 days after the note ban move, followed by victories in Uttar Pradesh, Uttarakhand, Manipur and Goa.

With the next Lok Sabha elections scheduled in 2019, Opposition parties are now attempting to create a Bihar-like grand alliance to check the surge of the BJP by nominating a common candidate for the presidential elections. However, some Opposition leaders have already given up the hope of defeating the Modi juggernaut in 2019. National Conference’s President Omar Abdullah has said that the BJP rival parties should plan and hope for 2024 and there is no leader with a pan-India acceptability who can take on Modi and the BJP in 2019.

Meanwhile, in a sign of the growing bonhomie between the BJP and Bihar CM Nitish Kumar who had stressed on a grand alliance idea like ‘Maha-gatbandhan’ to stop BJP’s surge, Amit Shah in an interview said that there was no reason for his party to be critical of the chief minister as he has had a corruption-free record.

Interestingly, a fortnight ago, Nitish Kumar who was also seen as the front runner for Prime Minister’s post in 2019, rejected that he was in the race as he was not as capable as Modi.

In Delhi, Chief Minister Arvind Kejriwal-led Aam Aadmi Party (AAP) which was seen as a major opponent to Modi, has lost its fizz with the party’s miserably defeat in Punjab and Goa assembly elections and recently held MCD polls. Amid that, the AAP convener has repeatedly found himself getting involved in controversies, with sacked Delhi Water Minister Kapil Mishra leveling fresh corruption allegations every single day.

In Uttar Pradesh, Samajwadi Party chief Akhilesh Yadav lost the battle even after being popular for his work due to the infighting Yadav ‘PariWar’.

In the South, BJP is playing a wait and watch game as the OPS and EPS factions of AIADMK struggle it out to latch on to Amma’s legacy. Superstar Rajinikant has been hinting at his foray into politics by asking his fans to prepare for war to fill the vacuum created by Jayalalithaa’s death. BJP has given an open invitation to the Thalaivar to join the saffron brigade. Hence Tamil Nadu politics is bound to see many twists and turns in the coming days.

With his 95-day tour across the country, BJP chief Amit Shah is looking to increase the party’s footprints in states like West Bengal, Odisha, Telangana, Kerala and Tamil Nadu where the saffron party has traditionally been in the backseat.

Three years ago, before the Lok Sabha elections, the BJP gave a call to make India ‘Congress-free’ and decimated the grand old party to 44 seats; and now, going a step forward, the Modi-Shah duo have given a call for an ‘Opposition-free’ India.

If the BJP continues to perform, the day won’t be far when it will replace Congress as the natural party for governance in India with a truly pan-Indian presence.

The Opposition needs a moment of inspiration or an instance of harakiri from Modi. Else, the BJP’s juggernaut may continue to march for the foreseeable future.