In a grim reminder of the Peshawar army school attack that killed over 134 students, militants on Wednesday stormed the prestigious Bacha University in northwest Pakistan leaving at least 25 dead and dozens wounded.

The attack by heavily armed gunmen on the University, named after iconic leader Khan Abdul Ghaffar Khan alias Baacha Khan, in Charsadda, took place when around 3,000 students and 600 guests were present on the campus.

Over the last few years, terrorists have been attacking students, teachers, schools and universities. However, Pakistan is not the only country where educational institutions have been targeted by the terrorists.

According to a report published in 2014 by Global Coalition to Protect Education from Attack (GCPEA), education institutions in at least 70 countries were attacked between 2009 and 2013, while isolated attacks were reported in 40 countries.

The incidents involved bombing or burning schools or universities, or killing, injuring and kidnapping students, teachers and academics.

“Afghanistan, Colombia, Pakistan, Somalia, Sudan and Syria are the countries that have been categorised among the ‘heavily affected’ countries with 1000 or more attacks on schools, universities, staff and students between 2009 to 2012,” says the report.

Côte d’Ivoire, DRC, Iraq, Israel/Palestine, Libya, Mexico and Yemen are the countries which witnessed more than 500 attacks in the period of four years.

The attacks on Pakistani schools have been on the rise since the Malala Yousafzai was shot at by the Tehreek-eTaliban Pakistan (TTP) for writing an anti-Taliban blog on BBC Urdu (Diary of a Pakistani schoolgirl) describing life as a schoolgirl in the Swat Valley.

In July 2013, Malala addressed the UN General Assembly and stressed the importance of protecting education. ‘The terrorists thought that they would change my aims and stop my ambitions,’ she said, ‘but nothing changed in my life, except this: weakness, fear and hopelessness died. Let us pick up our books and pens. They are our most powerful weapons.”

[pullquote] The total number of reported militant attacks on schools in Pakistan between 2009-2012 was at least 838. Hundreds of schools were blown up and proponents of female education were killed in areas affected by Taliban militancy. [/pullquote]

According to another report by the National Consortium for the Study of Terrorism and Responses to Terrorism (Start), more than 3,400 terrorist attacks targeting educational institutions took place in 110 countries between 1970 and 2013.

The analysed data shows that the country that experienced the most terrorist attacks on educational targets between 1970 and 2013 was Pakistan. Between 2004 and 2013, far more attacks on educational targets took place in Pakistan than in the Thailand (213), Afghanistan (205), and Iraq (184). However, Russia, Iraq, and Nigeria experienced more fatal attacks.

In a 2013 analysis for the Journal of Police and Criminal Psychology, Emma Bradford and Margaret A Wilson, forensic psychologists at the University of Liverpool wrote, “One reason that terrorist organisations might choose to target educational institutions is that schools and school children act as powerful symbolic targets,” adding, “attacks on these targets evoke a strong emotional response.”

In most recent examples of attacks, Somali Islamist group Al Shabaab had stormed a university campus in Garissa and killed over 147 students. In Nigeria, Boko Haram kidnapped 276 students from a government-run secondary school for girls in Chibok.

GCPEA report also suggests that it is dangerous to be a teacher in Columbia. Citing Ministry of Education, the report says, “140 teachers were killed over these four years (2009-12), and 1,086 received death threats.”

At least 19 people have been killed after Pakistan’s #BachaKhanUniversity was targeted by gunmen. https://t.co/6IuHRh4Fah

1) Destroy symbols of government control or demonstrate control over an area by an anti-government group.

2) Block the education of girls, or any type of education perceived to teach or impose alien religious or cultural values, biased history or an unfamiliar language of instruction control or demonstrate control over an area by an anti-government group.

4) Abduct children for use as combatants, sex slaves or logistical support in military operations, or abduct students and teachers for ransom.

5) Seize schools and universities for use as barracks and bases or firing positions, or attack schools because they are being used for these purposes by opposing forces.

One of the reasons for the attacks is also to abduct student and use them for purposes of transporting weapons or relaying messages. “In Colombia, for example, child recruits were used by armed groups as spies or to transport arms or pass on messages to other students in schools, as well as to run their drug business inside schools. In Pakistan, militants recruited, lured or abducted children from mainstream schools and madrassas (religious schools), in some cases to train as suicide bombers,” the report says.

Pakistan, which has suffered from years of jihadist militant violence, has killed and arrested hundreds of suspected militants under a major crackdown launched after the Peshawar school attack. However, the university attack has once again highlighted the importance of cooperative approach to neutralise terror from the roots. 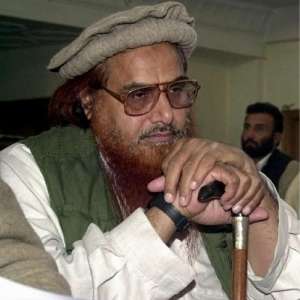