Maharashtra: How group-farming is preventing the migration to cities, one village at a time 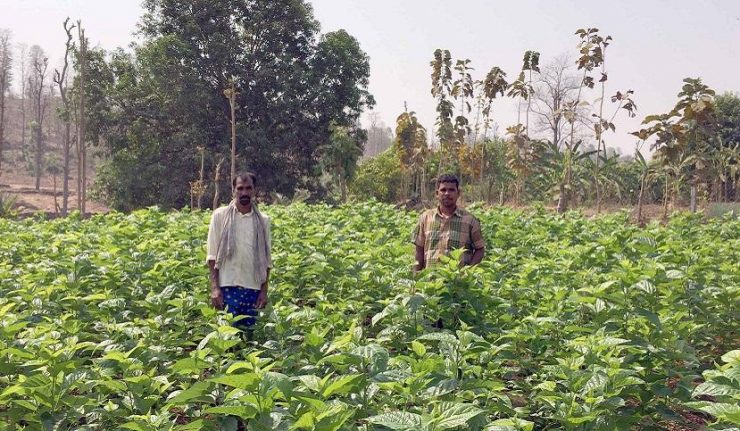 Until three years ago, 38-year old farmer Shantaram Doke was forced to go to nearby cities to do sand mining jobs during every rabi season from his small hamlet in a tribal town of Maharashtra. But the concept of ‘group-farming’ under a drip irrigation project has not just stopped Doke and many others like him from migrating to cities, but has also helped them cultivate different farm produce throughout the year.

There are over three dozen farmers from Jawhar and Mokhada town of Palghar district who do not have to migrate to cities now because of the work done by NGO Pragati Pratisthan in collaboration with Syngenta India Foundation which provides technical guidance.

“Due to shortage of water and electricity problems we had to migrate to Bhiwandi, Thane and Borivali to do sand-mining jobs, leaving our family at home. The job would earn us our bread and butter, but affected our health badly. We suffered from back pain, itching and swelling. Now, we are self-sufficient and our revenue has also increased,” said Doke.

The NGO has brought together farmers in four villages—Khadadipada, Mendichapada, Akare (Ambyachapada) and Pimpelpada (Mokhada)—who earlier relied on monsoon water and grew crops once a year.

Doke along with five other farmers from Ambyachapada in the Akare grampanchayat area have formed the ‘Laxmi Farmers Group’ and produce bitter gourd, onions, amaranth leaves and jasminum sambac flowers among other vegetables and also do sericulture, in the 4.4 acre area of three farm plots.

Earlier, Doke would only cultivate rice and used a diesel pump as no electricity connection was available in the hamlet. The diesel would cost him around Rs 12,000. But now the group has been provided with solar panels and a solar pump for the supply of electricity and water. A check dam has also been built for them to store water for drip irrigation.

With 500 families residing in the 12 hamlets of the village, Akare has 24 farmers. However, only 11 farmers cultivate crops and vegetables throughout the year. Though the village is well connected with roads, farmers complain that their plea for electricity poles and wells have gone unheard by the local administration.

“People in the area are willing to do farming, but are deprived of the government schemes,” says Sudhir Pardhi, one of the very few educated youths in Akare. Pardhi also sells seeds to farmers and helps them with technical and administration issues.

“Farmers are made to run from pillar to post. Last year, an application was filed for an electricity pole to be installed in Ambyachapada hamlet. However, we have not received any positive response from the MSEB even after repeated follow-ups,” he said.

“If we get some help from the administration, we will put some money from our pocket and farming can be done in a better way as more area would get irrigated,” he says.

He believes that if their needs are met, more farmers would join group-farming and they would be able to sell farm produce directly in Vashi market (APMC), where they would get better returns.

Till then, Parshuram is happy that he can at least work on his own land. “Now we don’t need to go to other places. We can do all farm related work, and above all, our health is good and we can take care of our family.” 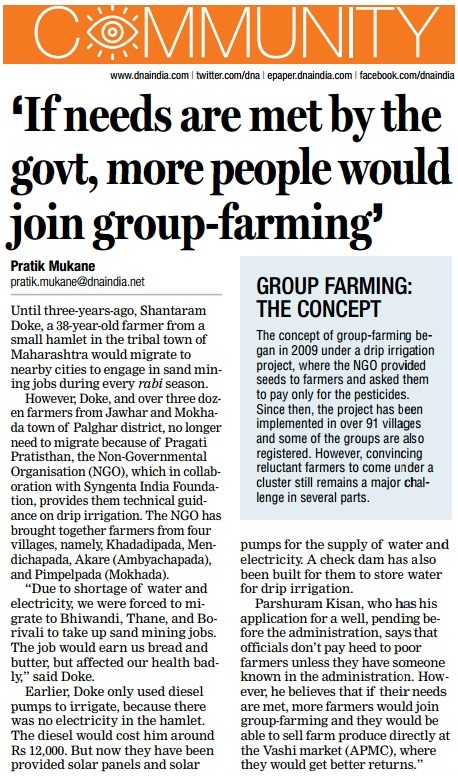